What Are The Advantages Of 3d Printing? 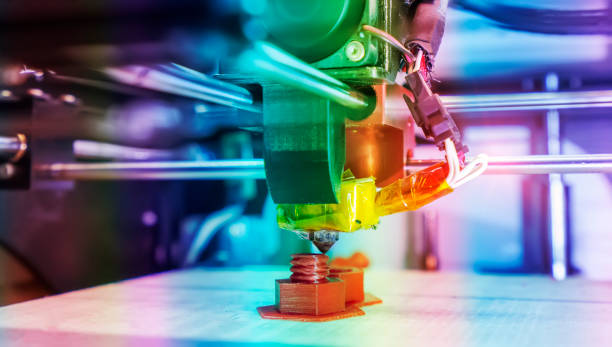 What are the advantages of 3D printing? Why should you use it? A question with a seemingly obvious answer, since the media, the companies as well as the general public associate this technology with the fourth industrial revolution. Every day, more people are using and integrating the technology to create new ideas across diverse fields like aviation as well as medicine and jewellery. Offering a wide range of the benefits of 3D printing.

What extent is it appropriate to include it in the manufacturing process of a business? How can a company gain from its adoption? We wanted to make it easier for you to grasp the advantages of 3D printing.

Small series at an affordable cost

If we think of the advantages of commercial 3d printer first thing that comes to our thoughts is the economic aspect. 3D printing can create a lower price than other manufacturing processes making use of fewer materials.

In addition, additive manufacturing the other term for 3D printing has a fixed production cost per component, resulting in almost zero economies of scale. This is considered a disadvantage. But, it's safe to assume that companies will prioritize this technology in order to produce small quantities or custom components. This is why 3D printing could be advantageous.

Although 3D printing of an item can take couple of hours, it's an extremely efficient method of production that takes all aspects of the product's life cycle to account; reducing in some cases the time from several months to only weeks.

With the integration of 3D printing, companies can design the prototype of its own, instead of outsourcing that step and waiting just a few days for a new iteration of its concept. Even though this integration comes with an expense however, it provides greater flexibility in the design process and speeds up the process of marketing. A trend that has given the idea of "Rapid Manufacturing" as one of the names that was given to 3D printing in the 1990s.

An increased freedom of shape

3D printing has allowed for the development of components with a high degree of geometric complexity. This is one of the most important advancements. Parts that were unthinkable to manufacture with traditional technologies are now possible for any resin 3d printer.

No need to adapt to the technical limitations of the manufacturing tool in order to create a 3D model, it opens up for a new set of opportunities for designers as well as other 3D modelers who can see all the sketches that are circulating in their heads as entangled pieces, in unassembled form, or as meshes that are inspired by nature. This is a technological breakthrough that has led to the rise of free cad software methods.

The rise of on-demand production

A last remarkable point concerns the digitalization of catalogs for industrial use. In a few years time the catalogs could be reduced to simple digital files, with the final aim of eliminating inventory management.

Popular posts from this blog

Everything You Need To Know Before Purchasing A 3d Printer

We've got the answer to your question if you're not certain where to begin when looking for the perfect 3D printer. These are the essential things to consider before investing in a 3D printer. What Kinds of 3D Printers Are there? Many people don't realize that 3D printing is a very broad term that is used to refer to all methods used to make physical materials. Fused Deposition Modeling, commonly called FDM is one of the most popular and well-known. Fused Deposition Modeling is an additive process where you get to create models by heating and extruding plastic . The models is then and are pieced layer by layer. This technique is utilized by the majority of 3D printers. They are widely available and easy to find. Two other kinds of 3D printing include SLS, Selective Laser Sintering and Stereolithography. Stereolithography is an additive process but uses the UV light beam to create a model instead of extruding plastics. SLS is similar to stereolithography, with
Read more